A very unusual one this, recorded here for the benefit of the half dozen other people on the planet who might stumble upon it while Googling the same problem.

This weekend I had reason to fire up Spectaculator 8.0, one of my favourite ZX Spectrum emulators but one which I hadn’t run in over a year. Surprisingly it crashed with an Access Violation error as soon as the emulation started. 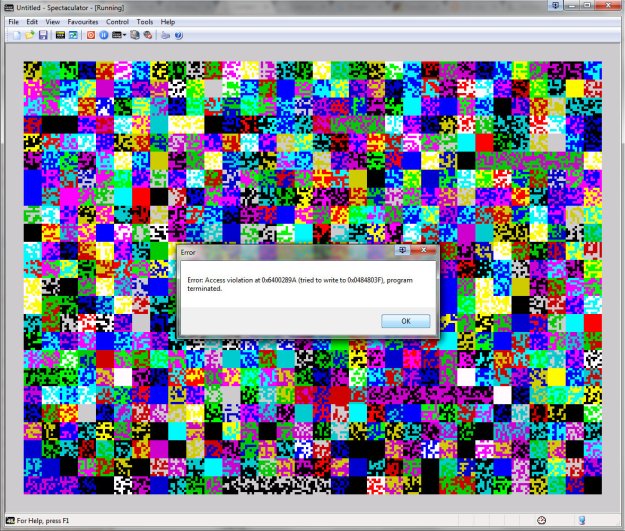 Having had some compatibility problems in the past between earlier incarnations of Spectaculator and various security programs I began by disabling anything that might be misinterpreting the emulator as malware, then turning off various Windows services. I even disabled DEP in both hardware and software, all to no avail.

It then occurred to me that the only significant hardware or software change since the last time Spectaculator ran successfully was my joystick. I’d replaced my venerable Microsoft Sidewinder Force Feedback with a Saitek X52 Pro early in 2014 to maximise my enjoyment of Elite: Dangerous. So I unplugged the joystick and launched Spectaculator.

To be fair, the joystick is perhaps something I should have considered earlier. I’d already suffered some problems with the drivers for this stick, which had caused system hangs when the hardware was plugged into certain types of USB3 port. I was also aware that Spectaculator likes to look for the presence of gaming hardware and assign it to default joysticks on the emulated ZX Spectrum.

I just hadn’t made the connection between the two.

The long-term solution turned out to be very simple: unplug the joystick, run the emulator, go to Tools | Options | Joystick and select (Disconnected) as the emulated joystick for Player 1. 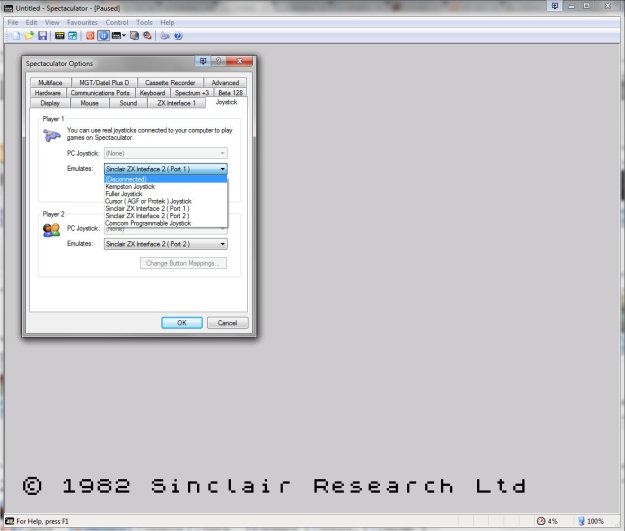 Spectaculator now runs perfectly, with or without the X52 Pro connected.

I realise this is a very specific set of circumstances and that the vast majority of users will never see this compatibility issue. I know from discussions in other forums than not all X52 Pro users have suffered the USB3 compatibility problem (although one or two have) and that very few people have suffered issues as a result of Spectaculator’s default joystick mapping.

But just in case anyone, like me, suddenly finds a previously flawless Spectaculator installation falling over for no apparent reason, this is what turned out to be my solution. I hope it’s helpful to someone else someday.